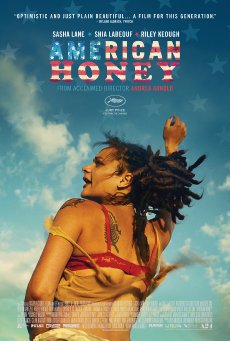 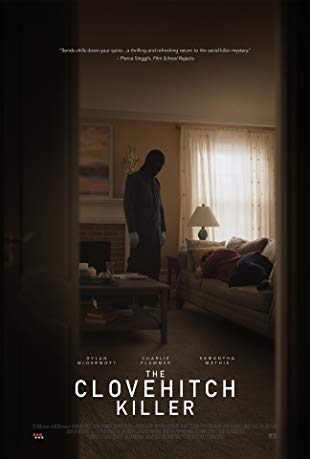 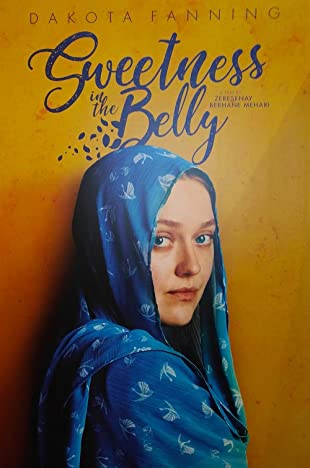 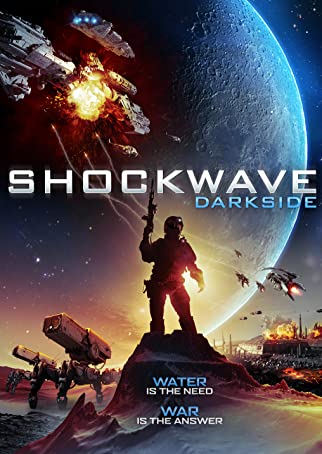 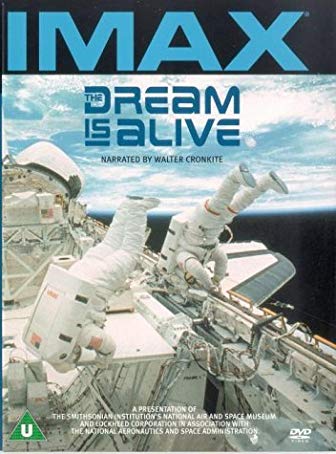 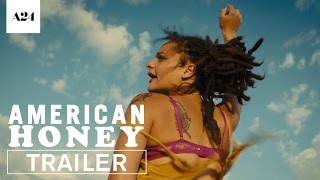 Star, a teenage girl with nothing to lose, joins a traveling magazine sales crew, and gets caught up in a whirlwind of hard partying, law bending and young love as she criss-crosses the Midwest with a band of misfits.

Star, a teenage girl with nothing to lose, joins a traveling magazine sales crew, and gets caught up in a whirlwind of hard partying, law bending and young love as she criss-crosses the Midwest with a band of misfits.

Will Patton as Backseat

"American Honey" is one film as you watch you get memories back of "Easy Rider" as both are clearly a road journey of discovery and freedom, only with this picture which is too moved along by the music and songs played during it looks at it from the female perspective as the central character is that of a young teenage girl. Set in the south a young southern girl named Star(newcomer Sasha Lane)is currently living a life with a man and some young kids and it's clear she needs a new start and escape from this redneck and trailer park trash way of life. So after she decides to head out with a traveling group of young boys and girls(who sale magazines as a group) her life on the road becomes wide open and full of soul searching and discovery of herself and others.The film is nearly three hours long so it's clearly an in depth journey as the group travels across the south and west, Star enjoys a lot more than selling magazines she becomes a fan of some hard partying and even sees a side of law breaking on the trip of stops. Star also is taken under the wing by Jake(Shia LaBeouf)a leader of the group type who enjoys having raw and lust type outdoor sex with Star. Thru all of the adventures and side subplots Star(who sports a sexy pink bra)who's sexy in a raw type manner learns a lot about herself and life by seeing different people as on the open road it proves that life is a journey just as on any trip discovery is found as it is often is in life too. Clearly this movie is a film of finding open freedom and discovery finding one's self thru journey and travel as that's what Star did she saw life thru people and the road as a journey that opens up new discovery. "American Honey" is clearly one movie to watch for a feel good journey time of freedom and escape as life intersects with travel for a revealing of discovery and happiness.

More than just a number

A film that explores a road life of choices, and a fun journey of finding one's self with open freedom.

I've been a member on IMDb for over two years. I've written reviews years ago on the Rotten Tomatoes site. Since then though, I never really saw the need for me to write reviews. I understand the purpose of reviews and I know that all films deserve more than just a number on a scale but I just never saw the point in me writing them again. But American Honey should be explained. It's something that works less as a film but more like a beautiful experiment. American Honey is about a girl, Star, who is in a horrible position in her life. She has an extremely troubled home while also taking care of two young children while she herself is only 18. She meets Jake, who in part runs a "Mag Crew" . A group of road trippers that sell magazines door to door. She leaves everything behind and joins Jake's crew of young people and goes on a road trip with her new "family". For starters, it looks beautiful. The cinematography is top notch. Every shot is looks like a cross between a documentary and art house picture. Some scenes, the camera is placed in the backseat of a van with people all around it making the viewer feel like they are watching actual events. While some, the camera is beautifully still, taking in the the view of a wide landscape.The acting by Sasha Lane and all the newcomers in the mag crew is incredibly down to Earth. They all feel like real people having actual conversations. And this is by far the best performance Shia LaBeouf has ever done. And the movie's biggest pro is the overall style and feel of the film. I know that this is a very broad statement but "Honey" is one of the most realistic films I've seen in recent memory. Maybe since Boyhood. Because like Boyhood before this, "Honey" captures the current generation. The soundtrack fits with this overall theme and style perfectly. The music really helps drive the movie with rap, country, and everything in between sampled in the film. My overall flaws with the film are on its story and characters. It's a character study, sure. There's absolutely nothing wrong with that but when your main character doesn't have very many redeeming qualities then you're kind of just watching a movie that angers you when your character doesn't go through any major arc. And I get that's her character, that's the way she is. Young people do stupid things. But it's hard to base your movie around that. She is somewhat reborn at the end of the film but not enough to justify it. She just constantly seems to do stupid or mean spirited things. Also, This film is long. 163 minutes. They probably could of shaved an hour off of that. That is mostly due to the long unedited takes of things that don't need to be shown. Things that slow the pacing tremendously to the point it feels boring and meandering at times. American Honey is worth watching to get the feel of the American youth. It's a perfect window into that. Along with being visually stunning. But don't expect the movie to ever pick up the pace due to the editing and the overall stagnant character arc.

'AMERICAN HONEY': Five Stars (Out of Five)A coming-of-age road film, written and directed by British filmmaker Andrea Arnold. It stars newcomer Sash Lane, and Shia LaBeouf; and it tells the story of a teenage girl that joins a traveling magazine sales crew, as they work their way across the Midwest. The film has received mostly positive reviews from critics, and it's also done very well at Film Festivals (as well); making multiple 'Best of 2016' lists. I really enjoyed it, and I also think it's one of the best movies of the year!Star (Lane) is a teenage girl, who's constantly stuck taking care of her adoptive siblings. When she meets Jake (LaBeouf), at a local store, she's immediately drawn to him. Jake invites Star to travel across the Midwest, with him and his outcast friends. She reluctantly agrees, and embarks on a new life adventure with them. One of the most amazing things about the movie, is how beautifully it seems to capture the natural real world. The film never seems staged; it always seems like you're watching real people, doing real things. The main reasons for this, I think, is Arnold's outstanding direction (and script) and the performances of all of her cast. I'm a big fan of LaBeouf, as a performance artist and an actor, and I think he's building an amazing resume for himself (he's arguably one of the very best actors in film today). I also think Lane is outstanding in the lead, especially for a debut actress; that Arnold discovered on Spring break, with her friends (she found most of the rest of the cast on the streets, in parking lots, at state fairs, construction sites, etc.)! The movie is always beautiful to watch, because of this; and at 2 hours and 43 minutes, it just flies by. What an amazing film!Watch our movie review show 'MOVIE TALK' at: https://vimeo.com/188469847