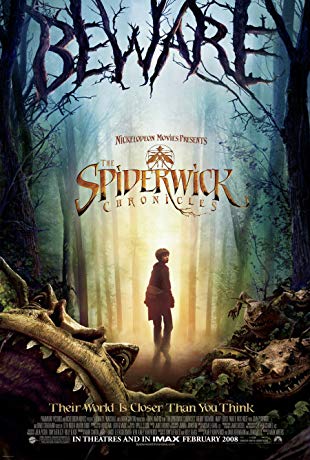 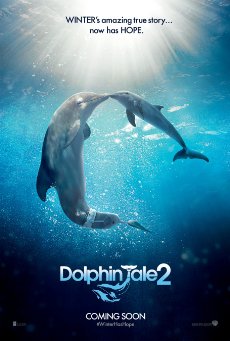 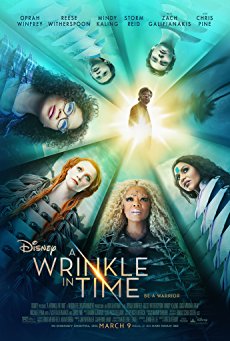 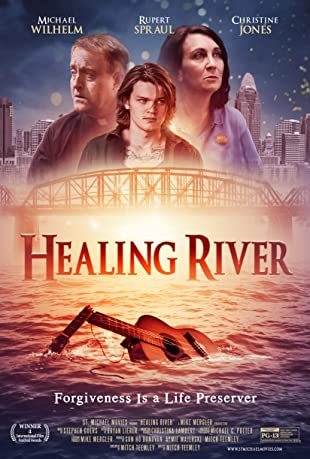 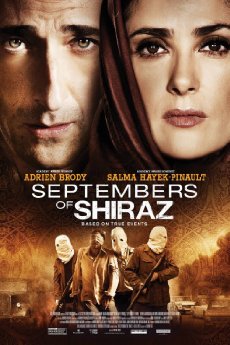 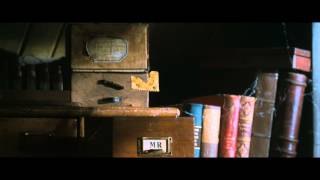 Once upon a time, upon moving into the run-down Spiderwick Estate with their mother, twin brothers Jared and Simon Grace, along with their sister Mallory, find themselves pulled into an alternate world full of fairies and other creatures. Unable to explain the strange disappearances and accidents that seem to be happening on a daily basis, the family blames it all on Jared. When he, Simon and Mallory investigate what's really going on, they uncover the fantastic truth of the Spiderwick estate and of the creatures that inhabit it.

Once upon a time, upon moving into the run-down Spiderwick Estate with their mother, twin brothers Jared and Simon Grace, along with their sister Mallory, find themselves pulled into an alternate world full of fairies and other creatures. Unable to explain the strange disappearances and accidents that seem to be happening on a daily basis, the family blames it all on Jared. When he, Simon and Mallory investigate what's really going on, they uncover the fantastic truth of the Spiderwick estate and of the creatures that inhabit it.

The Spiderwick Chronicles Movie Review by The Massie Twins

Regardless of how faithful The Spiderwick Chronicles movie is to the original stories by Tony DiTerlizzi and Holly Black, the film is tremendously entertaining and thankfully resolute. Unlike the recent flock of fantasy epics including The Golden Compass and The Seeker, which conclude feeling wholly unsatisfactory due to an abrupt resolution that suggests further films in the series, The Spiderwick Chronicles easily stands alone as a complete story. With sensationally mirthful creature designs and likable human characters, topped with state-of-the-art special effects, The Spiderwick Chronicles is another big win for Paramount and a high bar for family films of 2008.The moment the Grace family moves into the dilapidated Spiderwick Estate, strange things begin to happen. Jared (Freddie Highmore) is a curious, adventurous boy who quickly seeks out the hidden cob-web-covered remains of great great uncle Arthur Spiderwick's laboratory. He unleashes a mysterious force when he locates a field guide full of the secrets of the magical creatures that inhabit the forest surrounding the mansion. His twin brother Simon is calm and reserved and very much the intellectual one, but is rapidly drawn into the fantastical world of faeries and goblins. Older sister Mallory and their mom are harder to convince, but after the almighty and ruthless ogre leader Mulgarath (Nick Nolte) begins to attack the home, everyone must band together to combat the hordes of goblins and ensorcelled creatures that lurk outside.The Spiderwick Chronicles is, on the surface, an alluringly delightful fantasy that blends the very best of character designs, both human and CG, into a story that effortlessly engrosses without stumbling out of the realm of suspended disbelief. Everything within the story makes sense as it unfolds, and we don't question why certain things are feasible ? because as the world of goblins and boggers is defined, we have no reason not to become completely immersed in the fantasy. Director Mark Waters doesn't rush the process of illustrating the multitude of magic and myths, and doesn't overload us with jargon that we couldn't possibly comprehend. The pacing is fantastic for a family film, and doesn't fall into the three hour trap that The Lord of the Rings sets.The children have more appeal and charismatic personalities than those of the Narnia kids, and the creatures are more lovable and waggish than those in Harry Potter. Each computer animated monstrosity and cuddly ally beautifully blend into the forested environment, and never reach a level of utter annoyance. The designs themselves are ingenious, with a mix of gelatinous abominations like Redcap, the angry henchman goblin, a furry old hamster-like man (Thimbletack, voiced by Martin Short) who speaks in rhyme, and a mighty griffin that soars above the picturesque clouds. Eloquently wispy faeries and an enormous horned ogre are also substantial parts of the Spiderwick mythology, and many other exciting creatures frequent this action-filled fairyland.The Spiderwick Chronicles undeniably makes fantasy and magic fun. While a few scenes of unnecessary predicaments involving the children's divorced parents could have been cut, the film manages not to be overly preachy, even with its many positive messages and abounding morals. With pleasing characters, family-friendly magical adventure and a mind-bogglingly fantastical world of faeries, goblins and ogres, The Spiderwick Chronicles is extraordinarily entertaining fantasy fun.- The Massie Twins

I work at IMAX theaters, and we showed an advanced staff screening tonight. Having been surrounded by posters and trailers for Spiderwick Chronicles for months, I was already sick of the film before I even saw it. But I went into it with an open mind, and found myself pleasantly surprised. The plot centers around a broken family that moves into an old house that has been in the family for years, in hopes of "starting over". Freddie Highmore plays two roles, twin brothers Jarod and Simon, and does an impressive job at keeping the two personalities distinct and different. Jarod, the angsty protagonist of the film, discovers a book (titled, the Spiderwick Chronicles) written by his late great uncle depicting in explicit detail the creatures of a "hidden world" all around us. Jarod reads the book, and in the process awakens an evil Ogre and a horde of goblins hell bent on obtaining the knowledge hidden within the book to destroy mankind, and creature-kind as well. The pacing is decent, and the acting works well within the context of the film. Oddly, it's the adult actors that deliver the lamest lines, as they seem profoundly out of place in this otherwise fantasy and child actor filled film. The CGI effects were well implemented too, with various characters and creatures popping up here and there to provide comedic relief, and often, pivitol plot development. The various supporting characters do a great job of keeping things moving, most notable being Jarod and Simons sister, Mallory, played by Sarah Bolger, who delivers a great performance. Having never read the books, I can't make any comparisons, but what I saw in the film I liked quite a bit. Not the most complex of movies, and there are some glaring plot holes here and there, but overall, it holds up pretty well, albeit some wonky script writing here and there.

The Spiderwick Chronicles is based upon the books of the same name by Tony DeTerlizzi and Holly Black. The film centers around a mother and her three children who move into a mysterious and creepy new house pretty much in the middle of nowhere. The one son Jared who is the main character in the film, finds a book written by the previous owner of the house and Jared soon discovers that this is a magical yet very dangerous book that a lot of goblins and little creatures are after, but with the help of his twin brother, his older sister and some friendly creatures he gets the book to safety and also protects himself and his family from the evil monsters that want the book to do harm. Ever since The Lord Of The Rings and Harry Potter films have done so well, filmmakers are taking other fantasy books and turning them into feature films as well. The majority of them that have been released over the past few years I have not seen because for one thing they did not look appealing to me at all and also because of bad word of mouth and reviews. I wasn't sure what I would think of The Spiderwick Chronicles, but to my surprise I thought it was pretty good. The film is aimed at a family audience even though some young children might be afraid of some scenes, but this is a film that I think kids will absolutely love and there is enough here for the grownups as well. The story sounds simple enough, but it is enhanced by a lot of creative creatures and imaginative things going on. The young cast each did their own and carried the film and even though I don't usually like computer generated effects in films, I didn't feel it was overdone here just for the sake of showing what today's new wonderful technology can do and I really appreciated that the film didn't go overboard with that. The running time moves along fairly briskly and the film is involving and interesting from the start and keeps it's energy and charm throughout the running time. There were a few repeated story patterns and clichÃ©s in the script, but there were also a lot of surprises and new takes on things, so that can be forgiven. When looking at a film like this at a child you would like the magic, imagination and the story that is woven in front of you with interesting characters, environments and a grand sense of storytelling that can make the make believe into a fun and entertaining film. This is all captured very well here and works as a fairy tale for kids 8 to whatever age. A creative enough story helped by good film-making and an eye for what kids and adults love about these movies make this film a generally good and above average family fantasy film of the past few years.

This is being compared to Harry Potter? That is completely ridiculous. Some idiotic critics are saying "This movie isn't like Harry Potter, therefore, it's terrible" This movie is an amazing example of a fantasy movie, and one that doesn't cut much out, unlike Harry Potter. This movie has great acting, especially by the dual-part playing Freddie Highmore, who loses his British accent quite convincingly. Also, Sarah Bolger and Mary-Louise Parker do superb jobs with their acting considering it's mostly a four-person cast. (Excluding voice overs) The special effects alone are amazing. If you don't like this movie, you have to admit, the special effects were amazing. If there were a sequel, I would most definitely see it as long as it has the same actors, special effects team, and director.