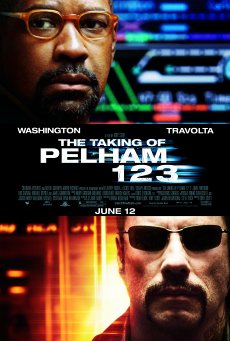 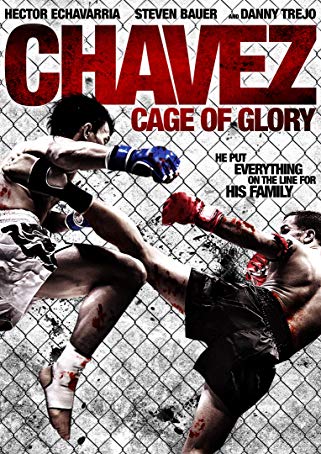 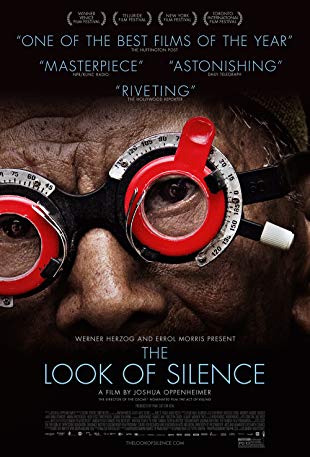 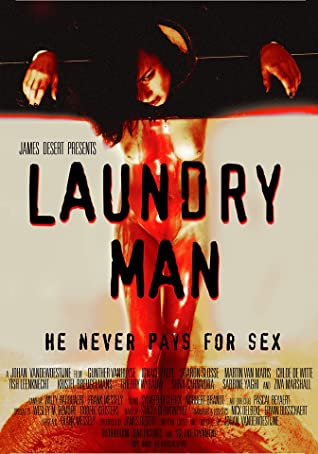 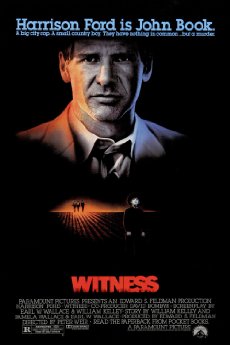 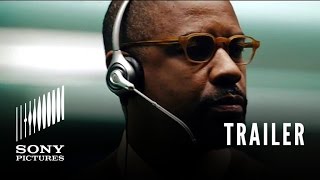 In early afternoon, four armed men hijack a subway train in Manhattan. They stop on a slight incline, decoupling the first car to let the rest of the train coast back. Their leader is Ryder; he connects by phone with Walter Garber, the dispatcher watching that line. Garber is a supervisor temporarily demoted while being investigated for bribery. Ryder demands $10 million within an hour, or he'll start shooting hostages. He'll deal only with Garber. The mayor okays the payoff, the news of the hostage situation sends the stock market tumbling, and it's unclear what Ryder really wants or if Garber is part of the deal. Will hostages, kidnappers, and negotiators live through this?

In early afternoon, four armed men hijack a subway train in Manhattan. They stop on a slight incline, decoupling the first car to let the rest of the train coast back. Their leader is Ryder; he connects by phone with Walter Garber, the dispatcher watching that line. Garber is a supervisor temporarily demoted while being investigated for bribery. Ryder demands $10 million within an hour, or he'll start shooting hostages. He'll deal only with Garber. The mayor okays the payoff, the news of the hostage situation sends the stock market tumbling, and it's unclear what Ryder really wants or if Garber is part of the deal. Will hostages, kidnappers, and negotiators live through this?

two solid leads but the results are underwhelming

Greetings again from the darkness. For some reason, I keep thinking director Tony Scott will re-capture his magic of "Crimson Tide". Instead, he thrives on being the center of attention, rather than letting the story and characters unfold on screen. How he mangles the great cat-and-mouse game of the original "Taking of Pelham One Two Three" is pure torture to watch.In the original Walter Matthau and the icy cold Robert Shaw were brilliant. Here Travolta is way over-the-top with all his "MF'ers". Denzel, for all his greatness, is simply miscast as the nice, working class hero. In the original, NYC shots were gritty and real ... here they are Tony Scott disco complete with flying cars. Since when does a car collision send one of the vehicles soaring and somersaulting? And why does a skilled motorcycle cop ram right into a parked vehicle? Just a ridiculous action sequence.Also in the original, Martin Balsam, Hector Elizondo and Earl Hindman (Wilson from Home Improvement) were Shaw's team and each had their own personality. Here Luis Guzman is given little to do and I couldn't pick the other two out of a line-up after just watching the film! John Tuturro and James Gandolfini are the only others with much to say. Gandolfini is a nice combo of Giuliani and Bloomberg, and provides at least a touch of humor. The story is expanded from a pure heist film to a bit of distorted revenge by Travolta, a disgraced Wall Street stud.Just not much good to say about this one since I don't believe it stands on its own and it certainly can't hold a candle to the original.

Decent entertainment, but doesn't hold a candle to the original

It started like any ordinary day; that's likely what N.Y.C. subway dispatcher Walter Garber, an employee of questionable character, was thinking when he got up and went to work in the morning. Little did he know that he'd become the confidant and "stand-in" hostage negotiator for a prickly criminal mastermind who takes over the Pelham subway train and demands money in exchange for the lives of its passengers. Hearing the names Washington, Travolta, and Scott creates a lot of anticipation, but unfortunately what wants to be a slick combination of suspense thriller and character study instead results in a ponderous film with a weak setup, predictable plot twists, shallow characters, and little tension. It's easy to watch with actors of Washington and Travolta's caliber at work, but Scott's direction is pretentious and throws out some obligatory action scenes that seem to exist for the sole purpose of padding the time on the way to an expected climax. The leads do what they can with the strained material but really deserve better. **

Travolta and Washington make it work

I went to the this most recent remake of Pelham 1-2-3 (most don't even recall the made-for-TV version filmed in Toronto - with good reason) with an open mind. I was weened on Godey's book when 8, and saw the original film when it was released a few years later. I've committed practically every line and scene to memory. I'll admit.... I'm biased. I felt the original could not be successfully remade... the gritty feel, the outstanding David Shire soundtrack, the believable performances of the ensemble cast..... and I was right. I did not go into the theater hoping to hate the remake, but instead to like it. I REALLY wanted to like it. I have always enjoyed both Denzel Washington and John Travolta in their various endeavors and thought the chemistry might work fine here. While entertaining, it became almost tiresome after a while. I felt no tension, no "edge of the seat" sensation that the original brought, I found myself disliking most of the characters and really not caring what happened to them. It passed the time, had some thrills, but that was about it for me.The '09 version is entertaining, with some excellent action scenes and more than a few decent dialog exchanges between characters, but it is nothing more than a Tony Scott action movie dressed up as "The Taking of Pelham 1-2-3". While starting off liking Washington's character (now disgraced MTA administrator-turned dispatcher Walter Garber, as opposed to Detective Zachary Garber in the book and original screen incarnation), I found, as the movie progressed, that he went from believable to just another two-dimensional action movie hero who, if he was what as he really started out as being, would not have ended up doing what he did in the film. Sorry, no spoilers here gang. You'll have to go judge for yourselves.Travolta was dynamic, putting in a great performance, but I found his manic characterization not befitting as the supposed master-mind of the criminal plot involved. Remarkably, there were three other hijackers in the movie. I don't know why Scott even bothered including them. They were not only ineffectual characters with lackluster performances, but totally lacked the dynamic presence and interplay between the hijackers of the original film so much so that you barely even noticed them - or cared. Oh well, I guess it would not have been practical with only one hijacker....The dizzy camera-work and stylized production were tedious at times and distracting. The soundtrack was, IMHO pure garbage.Like I said, I found it entertaining, but despite some opinions that the "updated" and "freshened" plot was exhilarating and an improvement on the '74 incarnation, I honestly don't think the Matthau/Shaw/Balsam version need worry about being eclipsed by this remake. Go see it though, as it is fun summer fare and if you have no ties to the original, you'll probably find it relevant. Afterward, do yourself a favor and rent the original. You'll see the way the story was meant to be done.

"Taking of Pelham 123" was the movie that had it all. A great director in Tony Scott, screenwriter in Brian Helgeland (Man on Fire, LA Confidential), and leading men in Denzel Washington and John Travolta each doing what they do best. To its credit, Washington and Travolta keep it afloat. This is the kind of movie both can do in their sleep and watching them go one on one with each other is the film's main bright spot. Were also in for a pretty exciting ride as Tony Scott swings his camera around New York city streets and underground subway tunnels. Though this remake of the 1974 film starring Walter Mathau and Robert Shaw proves to be a little less than the sum of its parts.Washington plays Walter Garber, the chief detective for the MTA currently involved in some controversy over a bribe he may or may not have taken. While that's being worked out, he's been reassigned to desk duty as dispatcher in the subway command center. Just today will be a day unlike any other as armed men hijack a New York City subway 6 train and hold all of its passengers hostage. The leader of the hi-jackers wishes to be called Ryder (John Travolta), and tells Walter that he wants 10 million dollars within an hour or he will start executing hostages. The cops (led by John Turturro) are brought in but Walter remains as the lead negotiator at Ryder's request.Short on actual plot, I was expecting more of a character driven movie and early on it appears to go in that direction. There is a great scene where Ryder puts Walter on trial for the bribe and it leads you to think that these two are going to butt heads in dialogue-driven scenes all day long, exposing each other for who they really are. Just the battle of wits ends there, which is unfortunate cause the movie really crackles whenever they talk to each other. Travolta, sporting a menacing goatee and tattoo, is at his over-the-top, f-bomb-dropping, lunatic best and Washington is his level-headed, average-guy adversary.The rest is all action. Car crashes and shoot-outs take place, the car crashes coming within a sloppy scene where the police travel by motorcade to deliver the money and the shoot-out starting from a rat crawling up a guy's leg of all things. Both feature no important characters and situations that are manipulated. The finale comes before you know it, a chase through the streets of NY that's more exciting because it makes more sense. And Tony Scott, despite using clichÃ©s like counting down the clock and going into slow-motion, keeps the movie gritty and fast-paced. As for the rest of the cast, James Gandolfini, playing a New York Mayor, is good comic relief, getting jokes about Giuliani, subways, and the Yankees but Turturro and Luis Guzman, playing a disgruntled MTA employee working with Ryder, don't get much to do."Pelham" works pretty well as a thriller because the Tony Scott-Denzel Washington teaming (this is their fourth go-around) always seems to do so and adding Travolta, always fun as a villain, is another nice touch. Just it doesn't always leave you engaged in what's happening, whether because the plot or the action lacks humanity. Still it's held together by good acting and solid direction and for that alone it's worth a ride.